Balloons are real hazard to horses. In March 2017 a thoroughbred called ‘Fiesty’ fatally choked on a Mylar balloon. She panicked and bolted through a gate, and broke two legs and her neck.

Friends of Portheras Cove in Cornwall, England have today (Friday 18 January 2019) reported on social media that they successfully intercepted a balloon just before it was blown into a field of horses.

We had to sprint across the field to catch this – this is the first one we’ve managed to intercept before it hit the livestock fields! 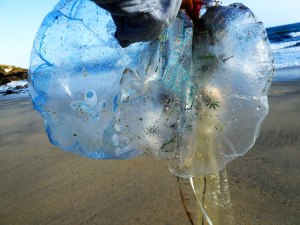 No wonder turtles eat balloon debris – this looks just like a jelly fish.

This is not the first time that balloon debris has been recovered from the picturesque cove. ‘The Friends’ posted two more images of balloons they had recovered.

We find so many [balloons] washed / blown ashore here – people don’t realise the very danger they post to our wildlife.

It is also not surprising that marine-life such as turtles will eat a floating balloon.

Turtles consume jellyfish, and a translucent balloon floating on the sea can look a lot like a jellyfish. Balloon debris and plastic rubbish is a massive hazard for turtles.

Whilst everyone thinks balloons are fun – adults might not admit it, but they love them as much as kids – it is time to update your marketing toolbox if you use balloons. It is no longer environmentally or socially acceptable to get a few hundred helium filled branded balloons, and use them to decorate an event or give them away. 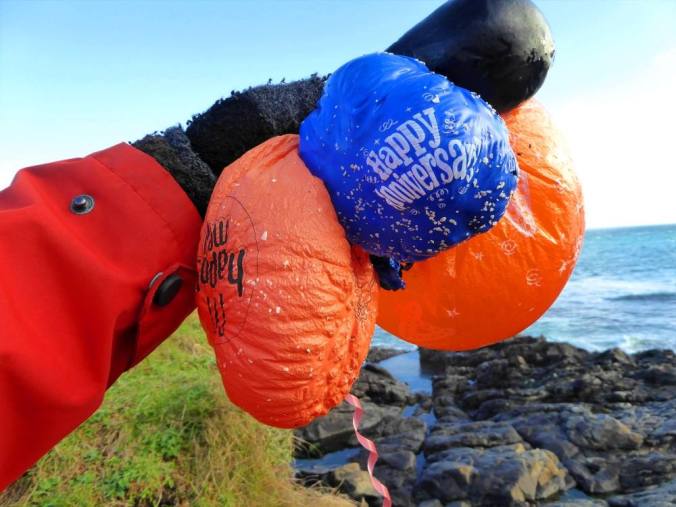 These balloons were recovered by the ‘Friends of Portheras Cove’, Cornwall, England

Invariably some of the balloons will end up floating off and they post a real threat to marine creatures and land animals alike because they can accidentally ingest them, or become tangled in the plastic.