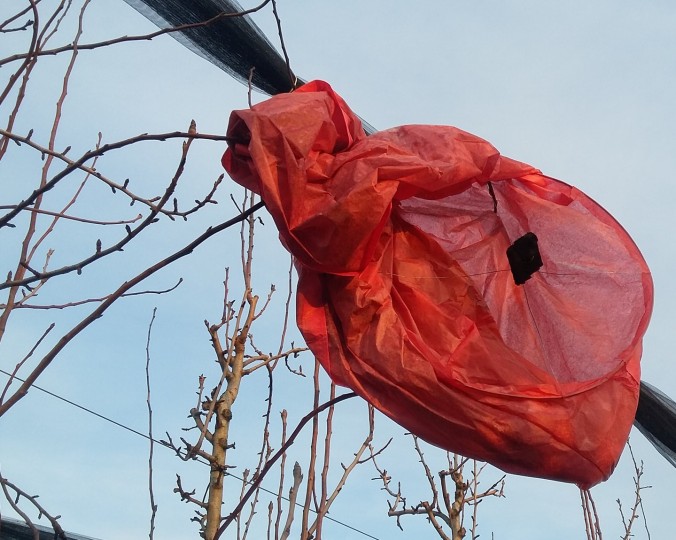 A sky lantern landed in Carpi, Italy on Saturday 1 January 2019. Luckily it was not lit because it came to earth near hay bails and a fodder store | Image Credit Lucia Cavazzuti

Lucia Cavazzuti had an ugly start to her day this morning (Saturday 5 January 2019).

I was lucky, but why do we always have to count on luck? Lucia Cavazzuti

Cavazzuti highlighted on social media that the sky lantern had two thin metal wires that could have easily ended up in her cows fodder if she was not so vigilant. 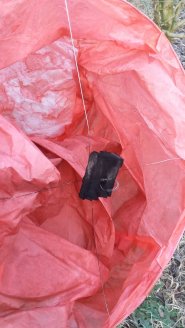 “There is a strong probability that if the wire had ended up on the cattle food, it would have damaged their internal organs, caused bleeding and the animal would have to be slaughtered.”

Cavazzuti’s fears are justified. A farmer in Northampton, UK had two cattle die after suffer from internal bleeding after eating wire in silage, whilst a farmer in Cheshire, UK had a prize Red Poll cow (Underhills Sprite) suffocate after the wire frame from a Chinese lantern ruptured the beast’s oesophagus.

Sadly many people are unaware of the potentially deadly consequences of the release of sky lanterns can have for wildlife and other animals.

I think that most people who saw the kind of injuries or fatalities we have, would think twice. Cattle have died after bits of sky lantern have fallen into their feed. David Bowles, RSPCA

Cavazzuti’s voice joins many others asking when sky lanterns will be banned.